Yacht crew were reporting from Greece during the 2021 season that immigration officials were declining to stamp their passports (out of the EU), meaning that their permitted days in the Schengen area were running down.

Now, it appears that following a ruling in February 2020 — clarifying seafarer stamping regulations first passed by the EU in 2016 — that more countries are enforcing a tighter stamping protocol.

The regulation in question, contained in the Schengen Borders Code 2016 (Article 11, Paragraph 3 (c), states; “No entry or exit stamp shall be affixed: to the travel documents of seamen who are present within the territory of a Member State only when their ship puts in and in the area of the port of call”

Interpretation and enforcement of the above regulation is variable between countries and, even, between ports in the same country. But generally, it means that some border officials are declining to stamp crew passports, unless the boat is leaving the port.

Guidelines issued to border officials in Italy, Greece, Germany, Netherlands and Portugal are complicating travel for crew flying in and joining yachts there. To our knowledge, French border police have been informed of the new protocol, though are as yet not enforcing the tighter regulations.

In Spain, enforcement remains unchanged and officials in Palma de Mallorca and Barcelona inform us that no changes are planned. We are trying to gain more clarification from our network around the Med ahead of the coming season, about protocol changes in other countries.

To clarify, yacht crew arriving into the EU and travelling cross-border *by yacht* are unaffected by the tighter protocols. Crew flying in to join yachts in any of the above countries may struggle to get their passports stamped before their yacht physically leaves port.

Anecdotally, the next port of call for the yacht — cross-border or not — seems not to be relevant to some officials, who will stamp passports irrespective of destination. The aim of the regulation is to prevent non-EU arrivals stamping onto yachts that are stationary and not departing imminently.

Our advice is to avoid crew changes in countries applying stricter stamping protocols. If in doubt or you have any queries, please contact us palma@estelashipping.net or call us on +34971 722 532 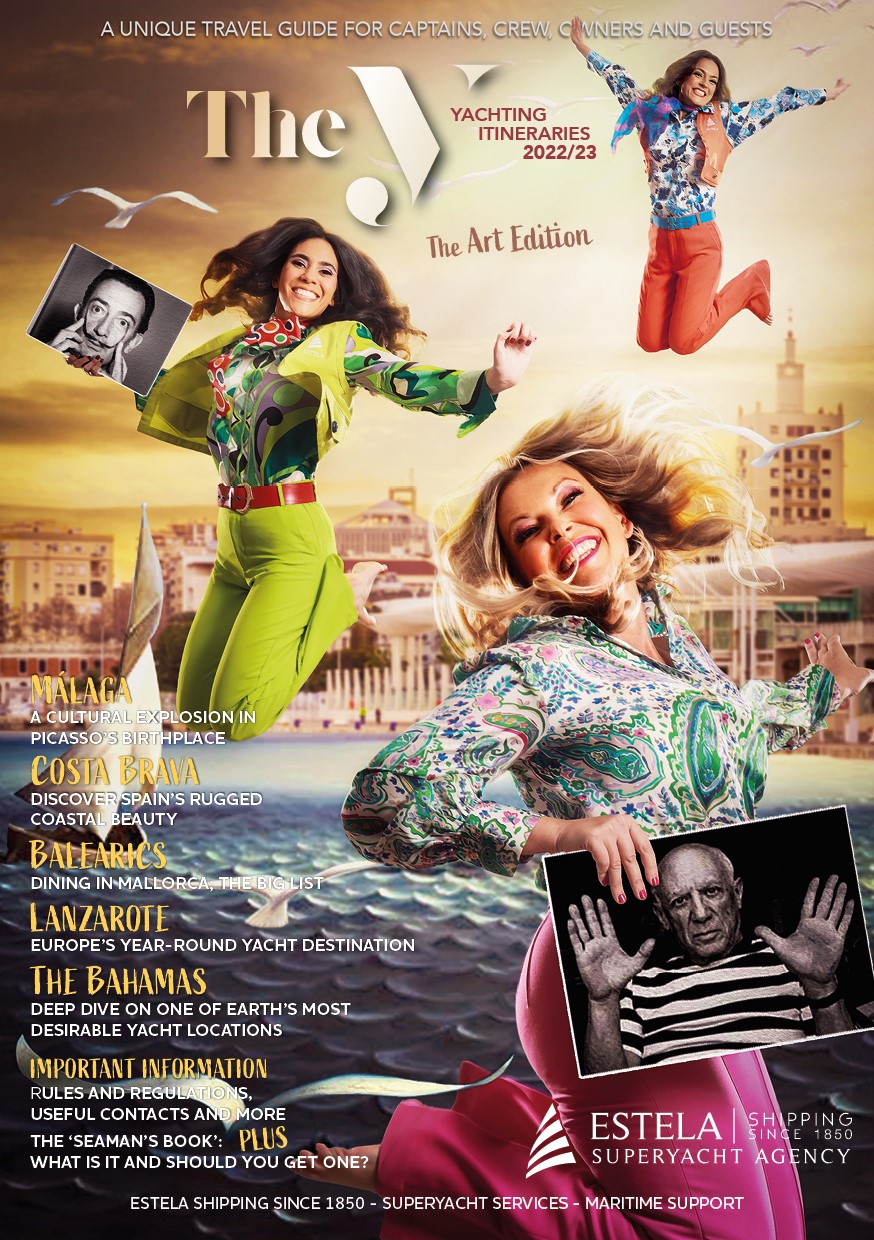